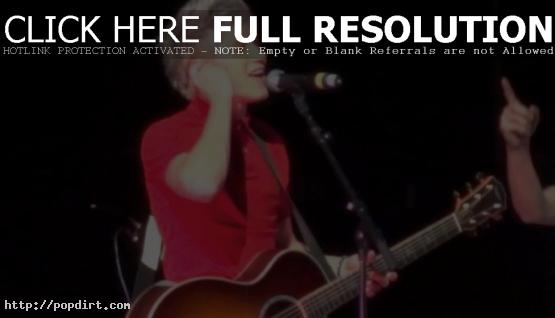 One Direction member Niall Horan was on the phone with Ardan Radio recently in Indonesia, where the pop singer talked about what experiences they base their songwriting from, their tour, what they planned on doing once the tour wrapped up, bringing their act to Indonesia, and closed by trying to say a greeting in Indonesian.

Talking about writing songs based on experiences, Niall said, “When we were writing the album, we didn’t really have a lot of experience in One Direction. We didn’t really write the songs on One Direciton experiences, but we did write them on teenage experiences and what kids our age get up to like staying up all night, having a party and different things you like about girls and that’s what it’s about.”
On targetting Indonesia for a tour stop, he said, “Maybe not at the present time do a tour, because we don’t know if the demand for One Direction is big enough to do a tour, but we’ll certainly try and get there to Indonesia to do some radio interviews, do some TV shows and get the One Direction name around a bit.”

On post tour plans, he said, “After this tour, we go to America and we tour with Big Time Rush. We go on tour with them for three weeks. When we come off that we stay in America for a while and do some promotion in the U.S. and then we’re gonna start moving across the globe and hopefully end up in Indonesia.”