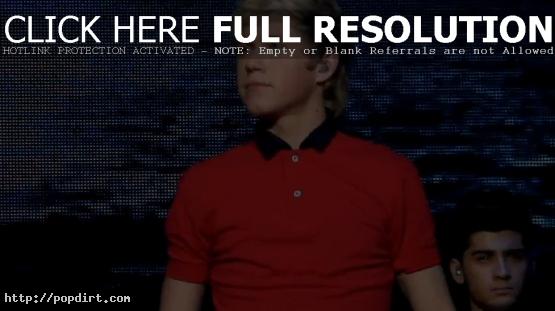 The Kasper Show on 96.5 KISS FM in Cleveland, Ohio spoke on the phone with Niall Horan of One Direction the other day. The boyband member talked about their rapid rise, if the success seems surreal to them, the biggest culture shock to being in America, how he’s missing out on St. Patrick’s Day back home in Ireland, if they get fed up with each other, and if they’ve met the Queen of England.

Everything has gone really well for us. The album is doing really well and let’s hope it keeps charting the way it is and we end up in the top spot next week.

On if it seems surreal:

It seems strange, especially coming out (to America) and getting the reception that we’re getting in the States. We expected to do a little bit in maybe Europe and the UK, but when America starts calling, it’s at another level and and we feel very grateful because we didn’t expect the album to do as well as it has been doing and it’s an album that we’re proud of and it’s doing very well out here.

On the biggest U.S. culture shock:

On missing St. Patrick’s Day back home in Ireland:

It’s a bit tough, but I can deal with it. I’m actually gonna be doing a signing in Philadelphia and I tweeted and told everyone that they need to dress up in as much green as possible and we have some surprises, so I’m bringing St. Patrick’s Day to America.

If they ever get fed up with each other:

We’re pretty much happy with each other for the most part. Sometimes when everyone gets tired maybe but that’s expected. It’s all good. We’re all good in the hood.

On if they’ve met the Queen of England:

No we haven’t actually and I wouldn’t mind that actually.

Listen to the interview via kisscleveland.com below.