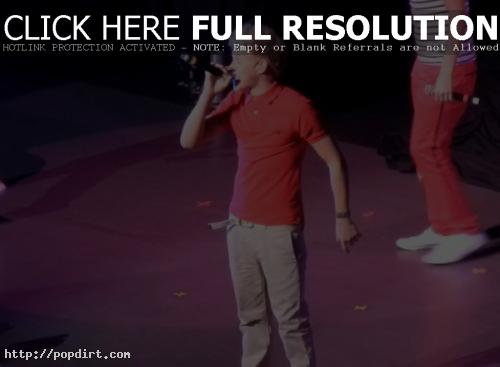 Niall Horan from One Direction was on the phone with Dylan of Mix 107.9 in Salt Lake City, Utah recently, where he talked about their ‘Today’ show appearance, upcoming television appearances, being wanted by so many girls, what Simon Cowell is like and trying to get everywhere while on tour.

It was amazing. The ‘Today’ show is a very, very big deal for us. We had some sleepless nights a couple of days before it. It was amazing.

What it feels like to have every girl want the band:

It’s crazy. I don’t know where it’s come out of. They’ve just gotten a liking to us, and I think it’s because we’re like those guys from next door. We’re just regular kids doing what we’ve always wanted to do. Just having a laugh with it as well. Just having a good time.

It was really cool. Simon is a great guy. We get on very well with him and we call him Uncle Simon. We have a laugh with him. He’s got a great sense of humor, a very dry wit humor.

On visiting specific cities on tour, including SLC:

The interview audio at mix1079fm.com has since been removed.

«One Direction Enjoy Their Experience At Dr. Pepper Ballpark
Colette Carr ‘Like I Got A Gun’ Video»