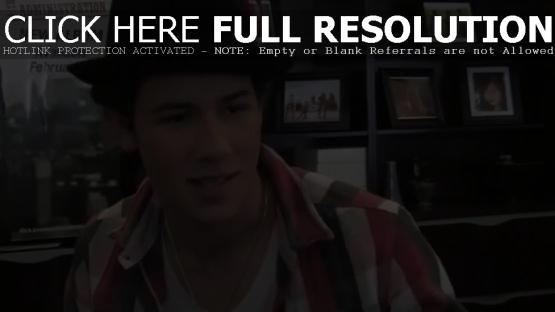 On the eve of Nick Jonas’ debut album with The Administration entitled ‘Who I Am’, the singer met up with his Jonas Brothers siblings Joe and Kevin, as well as ‘American Idol’ winner Jordin Sparks, excited to play some new songs he wrote the prior night. Except they weren’t so new.

“Guys hey. So, I was at the Grammys last night and we all were but I was there and once I got home I got inspired and I wrote a couple of songs. I was thinking maybe I could play them for you.”

Nick then played ‘Poker Face’ and was told it was Lady Gaga who had performed it last night. Next he performed the Beyonce song ‘Halo’, followed by ‘Use Somebody’ by Kings of Leon. A frustrated Joe asked, “Did you fall or hit your head or something?” Kevin then reminded him, “You perform that song every single night on your tour.”

Watch the comedy clip via the Jonas Brothers’ YouTube channel below.