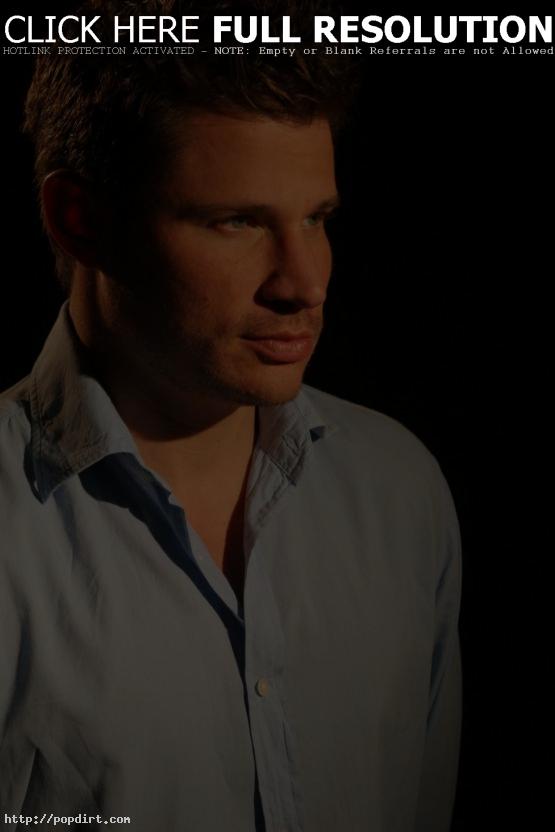 ‘Extra’ spotted Nick Lachey and Vanessa Minnillo at the Stockholm Airport Wednesday, where Nick was promoting his new album, as buzz builds that Minnillo could be moving into Lachey’s Los Angeles love nest.

August 24, 2006 – Nick Lachey was on with Jackie & Bender of KISS 106.1 FM in Seattle on Thursday (August 24). The singer discussed winning Best Love Song at the Teen Choice Awards on Sunday, preparing for a tour and plans to come to Seattle, kissing ‘Charmed’ co-star Alyssa Milano, his first VMA nomination, his bet that his hometown Cincinnati Bengals will have a better record this year than the Seahawks, and more. kiss1061.com has since removed the audio.

August 21, 2006 – Nick Lachey took home the choice love song award for his single, ‘What’s Left of Me’ during Sunday night’s Teen Choice Awards. During his acceptance, a clip from his music video ran, showing girlfriend Vanessa Minillo. Onstage Lachey joked, “I just want to start about by saying … awkward? A little bit.” Later, his ex-wife Jessica Simpson, who co-hosted the show with rumored boyfriend Dane Cook, won for choice breakout female star in a movie for ‘The Dukes of Hazzard’. Wrapping up the show was a performance by Kevin Federline, introduced by his wife Britney Spears, who told the crowd: “This show has been very good to me and my career over the years. And I’m hoping that it will be as good to our next performer.”

August 16, 2006 – Vanessa Minnillo shed few tears when her boyfriend Nick Lachey jetted off to Australia to promote his new album. “She couldn’t wait for Nick to go because things were getting too heavy,” a friend tells Life & Style Weekly, adding that the former 98 Degrees star had began discussing marriage and children. “Vanessa says Nick’s gone overboard expressing his emotions.” But another source argued it was Lachey that wanted time alone.

August 15, 2006 – A phoney report is making the rounds alleging that Jessica Simpson had unflattering things to say about the size of ex-hubby Nick Lachey’s package. The fabricated, error filled item, posted August 3rd at celebrityfan.net, a new site which has only posted seven stories, all which appear to varying degrees fake, and sourced to “Times magazine” — perhaps they meant Time magazine, though Simpson never made those remarks to Time. The fake item had the ‘Employee Of The Month’ star say, “Nick Lachey didn’t pack too well,” an unlikely full name method of referring to her ex-husband. The item was this morning picked up by the more popular blog ohnotheydidnt, so will likely gain steam.

August 12, 2006 – Nick Lachey visited Fox 101.9 FM in Melbourne, Australia to appear on the Matt & Jo morning show on Tuesday (August 8). Nick said women in Australia hadn’t been approaching him yet, using one hand to scratch his nuts and the other to style his hair, whether he regrets ‘Newlyweds’, and more. Fox.com.au has since removed the audio.