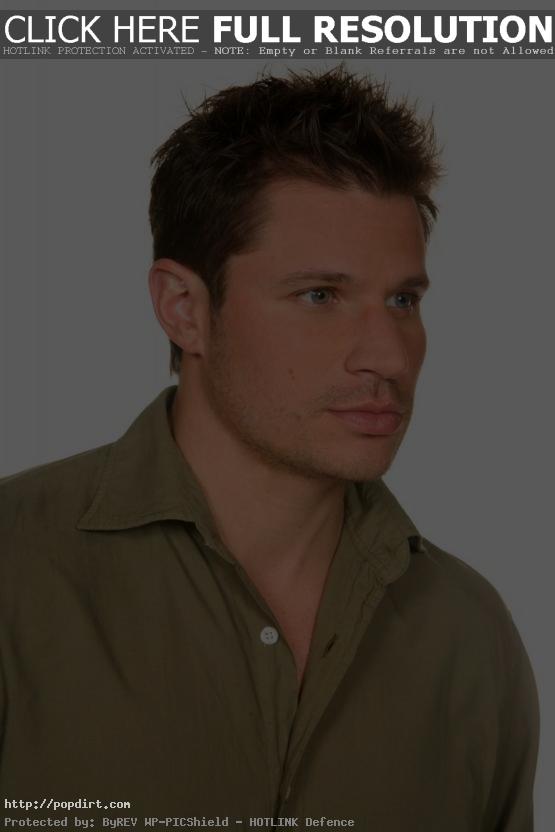 Nick Lachey was in studio with Hot 99.5 FM in Washington, DC to talk with Toby Knapp. Nick was given a psychological exam of sorts and discussed if he sleeps naked, girls who “dress like skanks” for his concerts, his favorite football team – the Cincinnati Bengals, if he’s in love, and more. Later, Nick surprised girlfriend Vanessa Minnillo on the phone, with the ‘TRL’ host thinking she was being cranked until Nick described what he did to warm up for concerts.

October 14, 2006 – Nick Lachey was on the phone with Johnjay and Rich of 104.7 KISS FM in Phoenix on Tuesday (October 10) to discuss his Halloween show. Nick discussed what to expect at his show, which he promises will be in costume, as well has his brother Drew’s appearance on ‘Dancing With The Stars’, working with yfly.com, how to get advance copies of movies, his unconfirmed romance with Vanessa Minnillo and trying to keep things private after his experience with ex-wife Jessica Simpson, how to avoid tabloid scrutiny, seeing his buddy Matt Leinert of the Arizona Cardinals when he comes to town, and more.

October 13, 2006 – Nick Lachey visited the Ed Sullivan Theater for a taping of ‘The Late Show with David Letterman’ on Wednesday (October 11) in New York City. Lachey confessed to the talk show host that choosing to do the MTV reality show ‘Newlyweds: Nick and Jessica’ with ex-wife, Jessica Simpson, was a big mistake. “It was among the dumber ideas I think I’ve ever seen executed in history,” Nick admitted. Check out pictures from RexFeatures and GettyImages. Footage at splash-video.com requires an account.