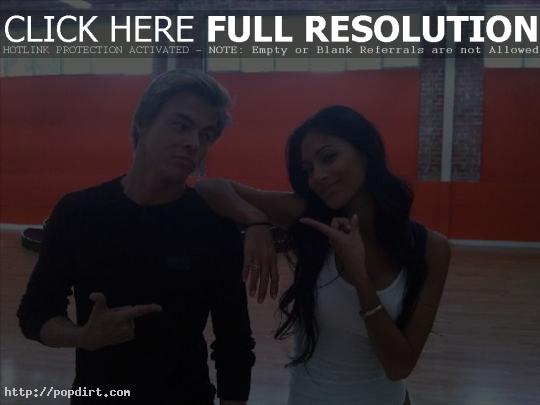 Nicole Scherzinger checked in with her Twitter followers (@NicoleScherzy) today after it was announced she would be part of the latest series of ABC’s ‘Dancing with the Stars’, which probably is the reason she isn’t showing up for boyfriend Lewis Hamilton’s F1 race in Bahrain. The pop singer writes:

Yeah! Dancing with the Stars! Here we go!!! I’m excited!

The goofiest fiercesome are about to take to rehearsals!!! It’s on like Donkey Kong!