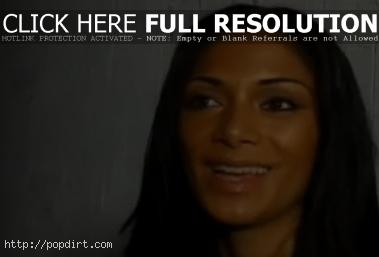 Behind the scenes footage of Nicole Scherzinger making the video for ‘Whatever U Like’ has been posted at the Pussycat Dolls leader’s YouTube channel. At one point filming inside a wooden box, the singer smacked her forehead and admitted to feeling faint. The singer then wrapped up the clip filming in the mud, shoving the director in it to suffer too.

“You are on the set me on my very first solo music video, ‘Whatever U Like’, featuring T.I.” Nicole said introducing the clip. “I’m so excited that if I think about it anymore I’ll probably cry. Paul Hunter is directing. I worked with Paul on one of my very first videos. ‘Don’t Cha’ with the Pussycat Dolls, so that’s why I knew he’d be the man.” 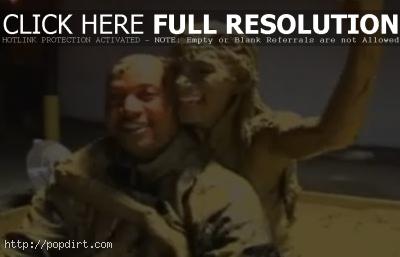 After shooting her scene in a box, Nicole had an accident and said, “I think we got what we wanted, but needless to say I got a big old bump on my head. I kind of saw some birds flying around. I kinda started to feel faint, but I was like, ‘This may be some really good footage, keep going!’ It’s definitely worth it. It feels good. I feel like if I’m not broken and bruised by the end of this video, then I didn’t give it my all, and I’d want to re-shoot it all over again.”

“We thought we were done shooting the video, and Paul was like no, you’re going in the mud. You’re getting in the earth. That’s quote unquote no, she has to get in the earth. So I’m following Paul on this one.”

One thought on “Nicole Scherzinger Making ‘Whatever U Like’ Video”