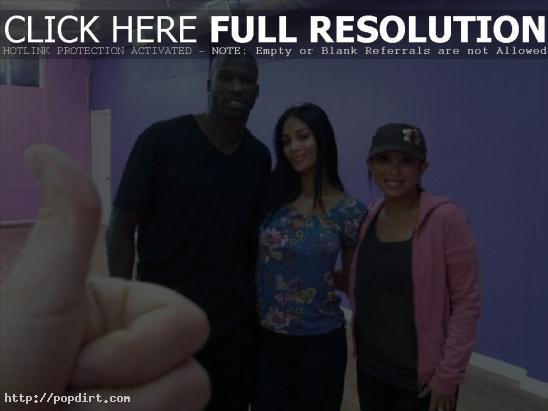 Nicole Scherzinger updated her Twitter followers (@NicoleScherzy) on Friday (March 5) as she and Derek Hough continued rehearsals for the popular ABC show ‘Dancing with the Stars’, this time joined by Chad Ochocinco and Cheryl Burke. She writes:

Meanwhile, the singer tells The Sun the Pussycat Dolls are getting revamped, with all her bandmates getting the boot. “We’re also gonna have a new cast of Dolls. And I’m excited,” Nicole explained, a move likely inspired by the reports she wasn’t too liked by the original lineup. “Right now I’ve been in the studio working on music non-stop. We’re gonna have another Pussycat Dolls album for all of our fans out there, but that’s gonna be late this year. I’m still Nicky Doll.”