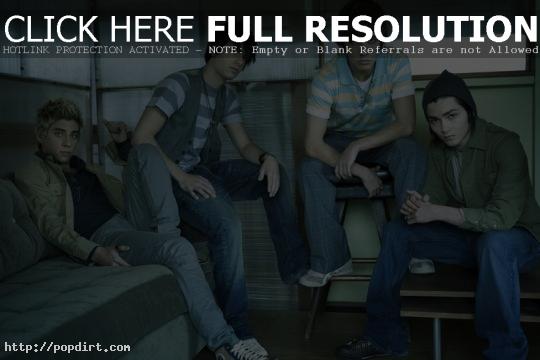 Travis Garland of NLT checked in with fans on his blog at MySpace (@travisgarlandmusic) on Thursday (April 30), answering the question whether rumors of a break up of the boy band are true. Travis writes:

There’s no easy way to say it.. but yes. Unfortunately, the group is done. We aren’t together anymore.

Being in NLT has been a dream come true for me & I know it was for the other boys too. Thank you, all of you, for helping us to make that dream a reality.

As much as a few people might think the blame lies with one person, it doesn’t. It doesn’t rest on my shoulders. Just like it doesn’t rest on kevin’s. Just like it doesn’t rest on jj’s, or on v’s. There’s no sense in pointing the finger at anyone, because you have to understand that everyone involved wanted this to work & put their heart and soul into their efforts to make it work. Blaming someone may make you feel better about it.. but the simple fact is.. one singular person didn’t cause this. It took a complicated mess of things to break up NLT. The label wasn’t prepared to spend more money on the group. There was a legal situation holding us back. Kevin got a great opportunity that would require a lot of his time. At some point you have to sit back & evaluate the big picture. Where do we go from here? Given the situation.. we didn’t have many options. Sometimes it’s just not meant to be.

9 thoughts on “NLT Breaks Up”