‘On My Way Here’ Becomes A Theme For Clay Aiken 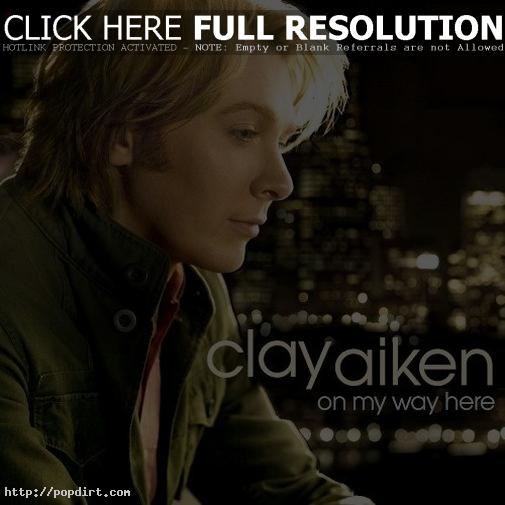 Clay Aiken spoke with Ricardo Baca of the Denver Post about his new single and title track off his new album, ‘On My Way Here’, a track written by OneRepublic’s Ryan Tedder. Aiken said when he and producer Jaymes came across the track, it made such an impact with the ‘American Idol’ season two runner-up that they scrapped most of the previous songs they’d demoed. “When we heard that one a year ago, we changed the whole direction of the record,” Aiken said. “We had no theme before. We were just going to make an album. But with this song, everything rang so true. Right there we started looking for songs that talked about something that I had experienced in the last five years or something that explored a feeling I’d had.” Read more.

Clay Aiken Takes Control With ‘On My Way Here’

May 5, 2008 – The News & Observer spoke with Clay about his new album ‘On My Way Here’, which sees the pop star have his first chance at taking control over which songs to sing on a release. With that freedom comes some responsibility, but Aiken tells Matt Ehlers he isn’t feeling any added pressure. “The truth is, if this does beautifully, excellent,” Aiken said. “If it doesn’t, at least I can’t blame anyone else.” As for how RCA is feeling about it, the 29-year-old said, “They’ve always tried to fit a square peg into a round hole with me. This time they said, you know what, ‘just let him do what he wants to do.'”

The full story at newsobserver.com has since been removed.

Clay Aiken On What Makes ‘On My Way Here’ Special

May 5, 2008 – As Clay prepares to release his new album ‘On My Way Here’, the singer was asked by the Charlotte Observer what makes his first album of original songs since 2003 so special. “It’s something I’ve been wanting to do for five years, and that makes it plenty special,” Aiken said. “There’s a song on it called ‘On My Way Here.’ We found that song, and the lyrics just really struck me. We already had songs chosen, but we scrapped them because we loved this song. The lyrics are really kind of powerful and almost personal.” The article at charlotte.com has since been removed.