One Direction Behind The Scenes In Miami 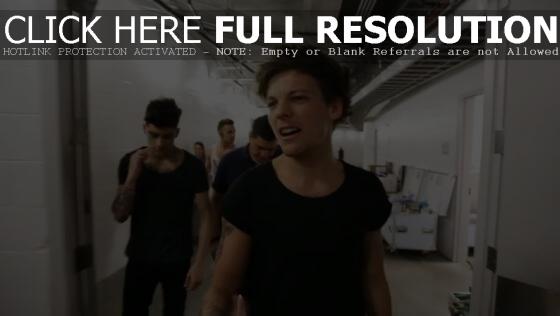 “It’s a nice opportunity to actually meet the fans,” Louis said about the group’s backstage meet and greet.

Talking about the tropical locale, Harry said, “Great place. Weather is amazing and the people are amazing.”

Zayn remarked about the boys performing live, “When we’re on stage and we get to perform for our fans and we get to see all of our fans in one place, enjoying our music and having fun, that’s definitely the best part of our job.”

As for the on-stage wardrobe requirements, Liam explained, “We’ve got to do a load of quick changes on the show, which is getting changed as fast as you can in a few seconds, so that’s quite fun, but having five people in a room, they’re usually quite small rooms, so you’re kind of bashing off people and stuff trying to get yourself ready. The first tour was a lot worse, those were super quick changes. I went out one time and I hadn’t got my shoes tied just to get on stage.”

As for how things have changed for Zayn since the group started out, he said, “The only thing that really changes for me as far as a band or whatever, I was massively gut wrenchingly nervous whenever I was going to do something on stage, but now it’s transferred from nerves into excitement, and I’m more excited and buzzed up to go on stage, but I still get the same rush and I still get the same buzz.”