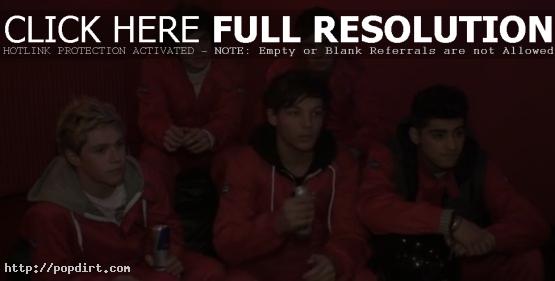 Niall Horan, Zayn Malik, Liam Payne, Harry Styles and Louis Tomlinson of One Direction were interviewed by Sugarscape while promoting Mario Kart, where the boyband talked about how they spent Valentine’s Day, Liam not drinking, and how American fans compare to their British followers.

We were actually working for a lot of it, which was a bit upsetting. We went straight back to England when we were finished so we didn’t get to spend a lot of time there. Maybe next time when we’ve got more time.

On Liam choosing not to drink, Louis said:

American fans seem to be more confident. They’re more likely to come up to you and have a conversation with you. I wouldn’t say (the British fans) were scared. I don’t know. I’m not really sure.