One Direction Keep It Simple For ‘Little Things’ Music Video 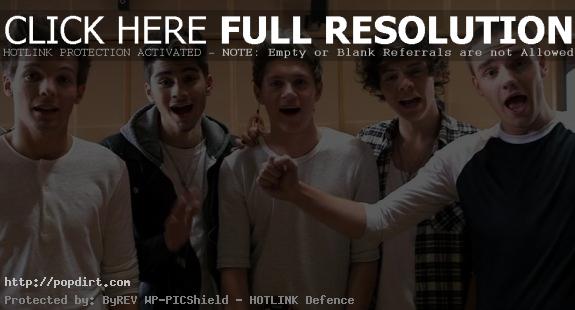 One Direction are out with footage from the set of their ‘Little Things’ music video, featuring commentary from group members Niall Horan, Zayn Malik, Liam Payne, Harry Styles and Louis Tomlinson, as well as the video’s director Vaughan Arnell. The song is from the boy band’s second studio album ‘Take Me Home’, out now on Syco/Columbia Records.

“This song is my favorite song on the album,” Harry says. “I think it’s important in this video we just have to keep it quite stripped back like the song is.”

Arnell added, “We’re in the studio. Really, really simple. It’s just about the boys’ vocals. I think the track is so clean and so pure. It’s such an intimate song, so you want to feel like the boys are singing it to the camera, but at the same time, you don’t want it to feel too cheesy. We’re trying to get the boys to look down the lens, so that you really feel they’re singing it to you.”

Continuing the video’s theme, Liam said, “I think this is possibly our most relaxed video shoot ever. We’re sitting down on chairs, there’s cups of tea and guitars. It’s a slow song. We’re all just chilling out.”

Watch the footage via VEVO below.