One Direction List A Few Of Their Favorite Things 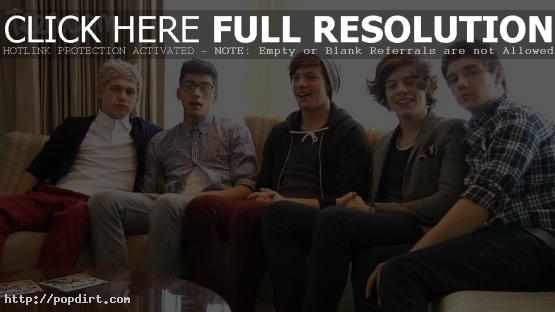 Teen.com caught up with Niall Horan, Zayn Malik, Liam Payne, Harry Styles and Louis Tomlinson during the boyband’s visit to New York City to discuss some of their favorite things.

Zayn: The fact that they were just like us. They were chilled out. They were similar age to us so we just kind of got on with them

Zayn: We would never specify we just think American girls are hot
Louis: All girls are equal