One Direction Play Truth Or Dare 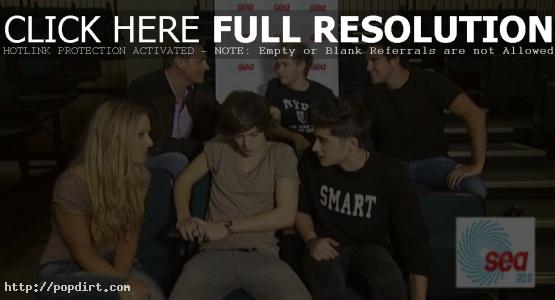 90.9 Sea FM Breakfast Crew, Galey, Baggs & Charli hung out with Niall Horan, Zayn Malik and Harry Styles of One Direction backstage at their Brisbane concert. The boyband talked about loving their fans from each country equally, plans for when they were in New Zealand, Harry being a badminton fan growing up, Niall being a fan of Australian Rules Football and more. Harry did a pushup competition with Baggs during the truth or dare portion, while Niall raced in high heels.

I heard it’s known for its beautiful scenery, so I’d love to go and see all the mountains. That would be amazing.

Zayn on his greatest fear:

This is so ironic because we’re in Australia, but I’m a little bit scared of water because I can’t swim.