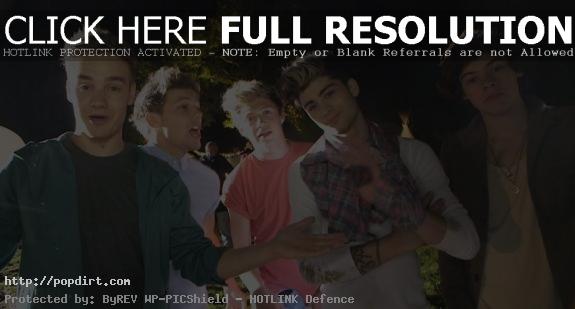 One Direction have released behind the scenes footage from their ‘Live While We’re Young’ music video, featuring commentary from group members Niall Horan, Zayn Malik, Liam Payne, Harry Styles and Louis Tomlinson, as well as director Vaughan Arnell. The song is the lead single from the boy band’s second album ‘Take Me Home’, out November 12th on Syco/Columbia Records.

Setting the scene, Harry said, “We’re here on day one of our music video for ‘Live While We’re Young’. We’re in a field in Kent (England), so it should be good.”

Describing the opening scene, Arnell said, “First few minutes of the One Direction shoot, and they’re gonna get in this Land Rover, which is really hard to drive. It was a bit dangerous in places, bouncing all over the place, but it was brilliant. It looks really amazing. Then all of the sudden it hit this rock and I think it went quite tumbling at that point.”

In the next scene, Arnell explained, “We took them down here into the lake, and then put them in balls and things. We’re just trying to find things that you just get a bit of madness and anarchy and just capturing those moments.”

After getting wet during a scene, Liam said, “Me and Louis have just done the shot jumping off the rafts and jumping into the water off the rope swing. It was totally amazing.”

After a scene in the pool, Niall confessed, “Lydia (Taylor), one of our stylists, she came up to me and said, ‘We don’t have a second pair of your shoes, so please take them off before you get into the pool. Two seconds later I’m in the pool.” 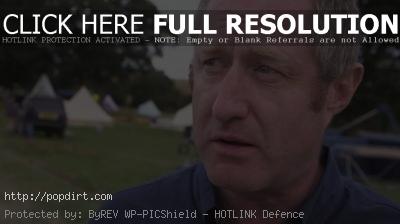 Talking about getting the pool scene done on the first day of shooting, Arnell said, “We went ‘cut’ and we thought we could go home, you know, get an early night. They just wanted to keep filming. So much energy. Everyone was diving it. It was a really good buzz. End of day one, amazing.”

The next day, Zayn described the itinerary saying, “Start of day two, it’s gonna be a lot of fun. We’re gonna zap it.”
Arnell added, “It’s day two of the video. We’re gonna shoot each guy individual on a hay bail. The second camera is going to float around so we’re getting two shots, three shots.”

Louis raised eyebrows after explaining the next scene saying, “We’re about to have a bit of fun in these blown up balls.”
For the soccer scene in the video, Harry said, “It’s the five of us, and with my knowledge and understanding of the game, I feel I should be much better at football, but I’m not.”

Heading towards the end of the shoot, Arnell said, “So now what we’ll do with the sparks, because they’re a bit like electricity, we’ll put lights around the trees and the teepee, so when it goes dusk, it should look quite amazing.”

Summarizing the video, Arnell explained, “I think when this video is finished, it’s gonna feel like you were there on the day and it was just like a mad party, and you were part of it, which I think will be really exciting.”

After wrapping up, Liam said, “I’m quite excited, because that was probably the best video we’ve ever had and had fun on. It’s been absolutely amazing. Really hope you guys enjoy it. Best video ever.”

Watch it via VEVO below the cut.