One Direction’s Fame Is A Bit Weird For Their Families 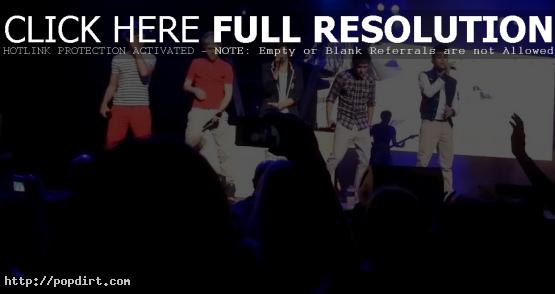 Niall Horan, Zayn Malik, Liam Payne, Harry Styles and Louis Tomlinson of One Direction sat down with Fifi & Jules on the Today Network backstage during their Melbourne gig, where the boys revealed all on who they chatted up at the Logies, who likes being sans clothing, how their family deals with the boys being so famous, Louis’ secret, Zayn’s hygiene and pre-show rituals.

On how their family copes with their sudden fame, Harry said:

You know it’s a bit weird for them, because we see it firsthand, and they kind of see it from a distance, so it’s quite weird. Whenever we have family members that come out and see us, it’s quite educational to learn. They get to see security…

On unrevealed secrets they wanted to share, Louis said:

I am an eighth Belgium. I think I’ve had it in my life a long time.

On who has the worst hygiene, Harry revealed:

I would say Zayn, because he conks the most I reckon.