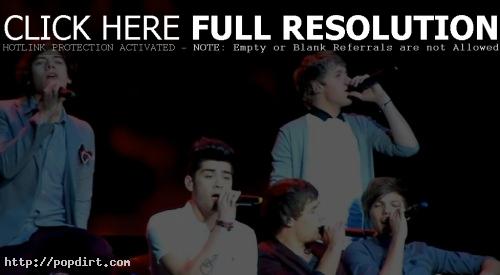 Niall Horan, Zayn Malik, Liam Payne, Harry Styles and Louis Tomlinson of One Direction were in the studio with Scott Mills on Radio 1 in London, England on Auguust 20th. The boyband talked about their Teen Awards gig on October 7th, Louis wanting to sleep, joked about performing outside the studio for free to cause some chaos at the station, and Harry talked about getting squirted with water while driving the prior day.

“I got squired yesterday,” Harry explained. “I was driving and these two guys pulled up next to me at a traffic light, and just squirted me in the face and drove off. It was the weirdest thing. These two grown men. I felt so degraded afterwards. I got squirted in the face.”

The interview audio, featuring the DJ’s doing a vast majority of the talking for some reason, at YouTube has since been removed.