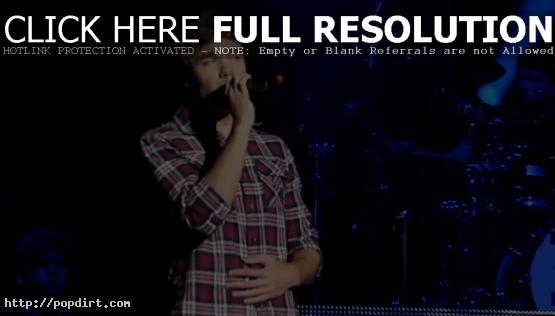 Billy the Kidd of 106.1 KISS FM in Dallas was backstage with One Direction and had the chance to chat with Liam Payne. They talked about the heat in Texas, how the tour has been going so far, getting their second album out by the end of the year and Simon liking what he’s heard so far, and his favorite part of America.

On the heat in Texas:

How the tour has been going:

It’s been going really good so far. We’ve had a little break in between. We’ve just been recording some of album #2, which has been going absolutely great. Simon popped into the studio which was good to see. He’s been very busy these days. He came in to listen to some of the songs just to see if we were on the right lines and he loved them fortunately, so we’re really happy.

On the new album’s release date:

It will be the end of this year. It’s gonna be very soon actually. We haven’t got that much longer to record it before we release. Obviously we’re doing the next tour that’s already sold and stuff.

One of my favorite parts is going surfing actually. We went to Channel Island and bought loads of surfboards and we were surfing in California and stuff with one of our cameramen. It was a lot of fun.

Watch the interview via 1061kissfm.com below.