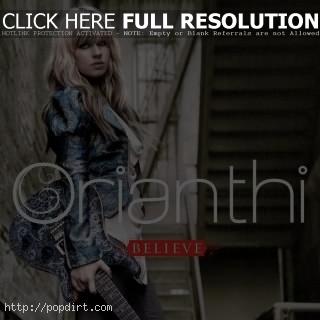 The same day ‘This Is It’, the Michael Jackson film that showcased Orianthi’s guitar skills to the world, is released on DVD, the Australian pop rock artist’s debut album ‘Believe’ has been re-released to include a bonus track, ‘Find It’, exclusively on iTunes. Additionally, her hit single ‘According To You’ is iTunes’ free ringtone download of the week.

For fans in the Los Angeles area, Orianthi will be hosting a free all-ages concert and CD signing at the Hard Rock Cafe outside Universal Studios on Friday, February 5th at 8:30 pm. Visit HardRock.com for more details, and stay tuned to Orianthi.com for additional updates.