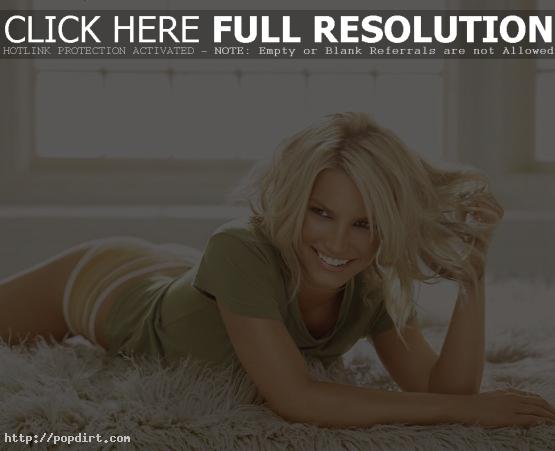 Contrary to reports that said Orlando Bloom and Jessica Simpson showed up together to a Hennessy event on Wednesday (October 10) at Paramount Studios in Los Angeles, an event organizer confirmed to Life & Style magazine, “Jessica Simpson and Orlando Bloom were not in attendance at the Hennessy Artistry Concert Finale.” But Jessica’s sister Ashlee Simpson was there, joined by her Fall Out Boy boyfriend Pete Wentz. The full story at lifeandstylemag.com has since been removed.

October 14, 2007 – Jessica Simpson was spotted at Nobu on Thursday night (October 11) with her Malti-Poo Daisy, while the man OK! magazine had linked her to, Orlando Bloom, got into a serious accident with two women in the car hours later. Check out pictures from X17.

October 11, 2007 – Jessica Simpson attended the 25th Annual Operation Smile Gala at the Beverly Hilton in Beverly Hills, California on Friday (October 5). Jess was dressed conservatively in a blue dress and tan heels, prompting the photo agency site to ask if she had turned into a PTA mom. Check out pictures from X17.

October 4, 2007 – PerezHilton.com hears that Jessica Simpson dined at The Box in New York City the last two nights, and each time the singer/actress complained about her bill. “Last night she just walked out on her bill without paying,” a source revealed to Perez.

September 14, 2007 – ‘The Insider’ visited Jessica Simpson on the set of her new film ‘Major Movie Star’, where the interviewer and Jessica had to deal with swarming locusts. Simpson said that has been the major issue on the film’s Louisiana set. She insisted that it’s been her Maltipoo that has been the diva on the set, not her.

August 21, 2007 – Vivica A. Fox is strongly denying talk that her ‘Major Movie Star’ co-star Jessica Simpson has been acting like a diva on the set of the film in Louisiana. “Those vicious lies they put out were just that – lies,” the 43-year-old told People magazine. Fox added that Simpson “was so much of a team player. She was gracious and so down to earth.”

August 13, 2007 – Jessica Simpson is speaking out to Self magazine about her work with the Casa Hogar Elim orphanage in Mexico. “My father was a minister, so growing up, we’d go on a missionary trip every summer,” Jess explained. “The first time I went to that orphanage, I was 16. I remember holding this baby who was found in a dumpster. I wanted to adopt him right then and there. I was like, ‘Dad, can I have him for my birthday, please?'”

August 2, 2007 – An insider tells Us Weekly that Jessica Simpson’s new film ‘Blonde Ambition’ won’t be getting a big screen showing in America. “It is going straight to DVD domestically. It will only come out in theaters internationally,” the source revealed. Asked what about the flick makes it so bad, the insider remarked, “It’s just a bomb, mainly because of Jessica’s acting.”