Owl City, Matt Stawski Discuss ‘When Can I See You Again?’ Video 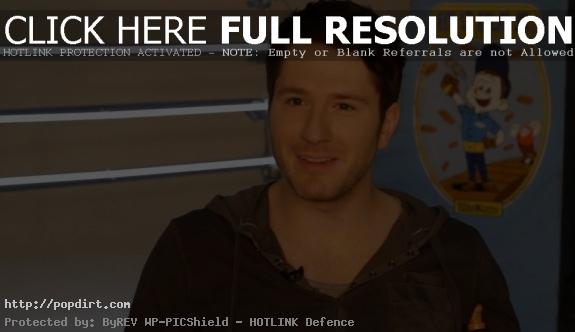 Adam Young of Owl City is out with behind the scenes footage from the ‘When Can I See You Again?’ music video for the track featured in the Disney movie ‘Wreck-It Ralph’. The clip features commentary from Young and the arcade game themed video’s director Matt Stawski.

“The concept of the video is sort of based around me as a 3-D physical humanoid in a 2-D world,” Young explained. “Usually when I’ve done music videos before, it’s been me in front of the camera, so it’s cool to have the other energy to work off of. You look around and there’s all sorts of people in costume having fun and enjoying it. You could hear them laughing in the background. It was a blast. The funnest thing has been actually standing in front of the arcade game controls, putting the quarter in. I feel like I’m 12 years old again in the arcade. Just being around this great set design and the whole thing – great production, great folks – they made it easy for me.” 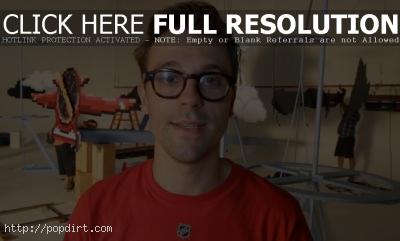 “We do this cool effect when we shoot from the front, it looks flat like in a video game, and we shoot the camera from the side where we reveal the world and see all these workers hiding behind props and pulling ropes and pushing clouds and pushing cars. It’s actually this 3-D world that’s working, but when you see it from the front with the camera, it actually looks flat in 2-D. We took the lyrics to the song we’re playing off, when he talks about flying we’re gonna cut to (an airplane shot). A lot of the dance heads and a lot of the dance interprets some of the lyrics as well, so reading lyrics, hearing the song, it’s kind of what popped up in my head when I was picturing it.”