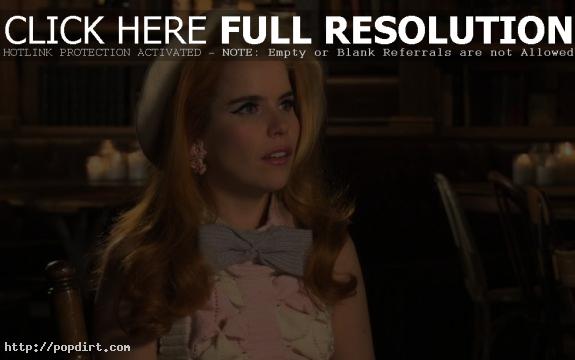 Paloma Faith talked with VEVO Lift about how she got into performing in school, moving on from several jobs in entertainment before becoming a singer by chance.

“I grew up in Hackney, which is part of east London. There was a gospel church on my street and I used to stand outside and listen, just to hear the way they sung,” Paloma said about her early exposure to music. “I started ballet classes when I was four. I was terrible at it. When they went left, I went right. At school I was even too shy to ask the teacher to use the bathroom, which caused some dreadful problems. My teachers were worried about me not being assertive enough, so they used to put me in school shows. I realized if I was being somebody else, then I could be comfortable enough to shout or in this case the first thing I ever did was to be a dinosaur so I had to roar.”

Talking about her college years, the 27-year-old said, “When I finished my degree in contemporary dance, I did a master’s degree in directing for theater and desiging for theater, and it was the best course I had ever done. Ever since I’ve always had this first hand dealing with all the visuals. Videos, artwork, the stage set that I tour with, everything is designed by me.”

Discussing her her initial exposure to showing off her vocal talents, Paloma said, “The first performance I remember really singing in public for was a caberet show. I sort of took the piss out of it, which in English is taking the mickey. I recorded myself as Paloma, the stripper who won’t strip, and every time I got to the point I was going to strip, I’d take some off and stop and break out into song.”

As for how she landed her opportunity, Paloma explained, “I fell into music by chance because I was working in a bar and somebody heard me singing and said I love your voice. I never really had confidence to be a singer or think I was good enough to be on an international stage. It all happened very late and very quickly, and I’m so happy it happened.”

One thought on “Paloma Faith Discusses Her Background In Dance, Directing & Singing”