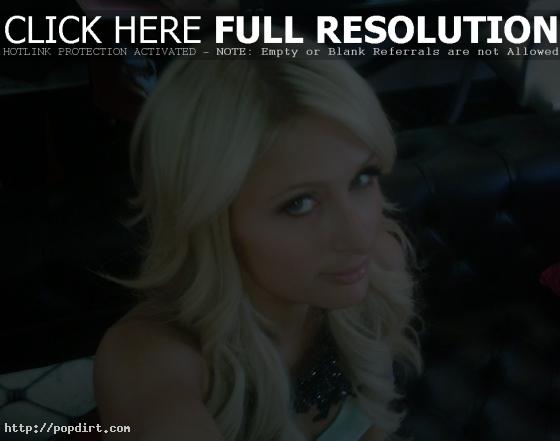 Paris Hilton was spotted leaves Voyeur Nightclub in West Hollywood the other night. After splitting up with Doug Reinhardt, the heiress told reporters she is enjoying the single life. Asked Friday if she had any new crushes, Hilton responded, “Not now. I am just enjoying being independent, spending time with my family, and enjoying the single life.” Watch Hollywood.tv footage below.

Paris Hilton Not Doing An Engagement And Wedding Reality Show

March 22, 2010 – Paris checked in with fans on her official website at ParisHilton.com earlier today, denying claims she’s set to star in a reality show about a possible engagement and wedding to boyfriend Doug Reinhardt. The heiress writes:

Yet another day and another lie and made up rumor. To set the record straight I have never tried to pitch a new TV show about an engagement and wedding. I am in the early stages of developing a show but I have been so busy with traveling and my other projects that I haven’t had time to finalize the show’s concept. Because its not ready to be pitched, none of the networks have even heard the idea yet. I hate when people make up these silly rumors, but that’s what gossip columns do. But I promise I will get you all the True details as soon as I can! So excited, love you all!! Xoxo Paris :)

March 13, 2010 – Paris Hilton is featured in a new commercial for France’s Be magazine, where the heiress battles a woman for a designer handbag, temporarily losing out when the woman got on an elevator. Hilton was there to meet her though when the lift stopped, telling her adversary, “Gimme that bag!” Watch it via YouTube below.