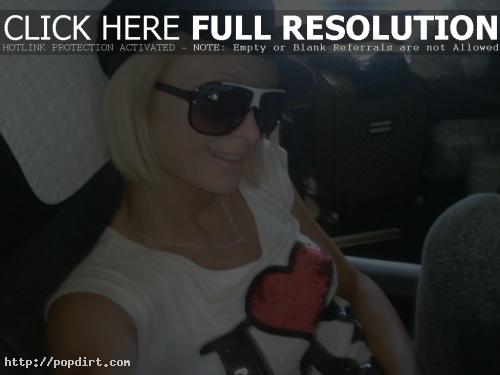 Paris Hilton checked in with fans on her Twitter page (@ParisHilton) earlier today, as she and boyfriend Doug Reinhardt headed to the French Riviera for the 62nd Cannes Film Festival. The heiress writes:

Taking off to Cannes with my man! So excited!! :)

Taking off to Cannes! Yay! So excited! Hugeeee

May 15, 2009 – Doug Reinhardt spoke with ‘Access Hollywood’ about the police showing up at his house after neighbors thought he was fighting with girlfriend Paris Hilton.

“Last night, my girlfriend, Paris, got a prank phone call from someone pretending that her dog Tinkerbell was let out of her house and it was [run] over,” Doug explained to Billy Bush on his radio show. “She started screaming and crying about it, thinking it was true.” Doug added that 30 minutes later, the police “walked right into my house” to ask what was going on. Read more.