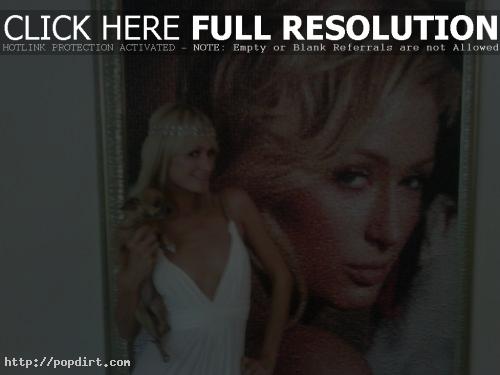 Cristiano Ronaldo celebrated his $130 million transfer from Manchester United to Real Madrid by hooking up with newly single Paris Hilton in Hollywood on Wednesday night (June 10).

“They were sucking each other’s faces off like their plane was going down,” an onlooker at My House told The Sun. “At one point Ronaldo had a bottle between his legs and Paris was stroking it. It was very racy.” Later, Paris headed to her sister Nicky’s home, with Ronaldo stopping by an hour later. After staying with the heiress behind closed doors a couple hours, the 24-year-old winger had a big grin on his face.

A report from ITN about the news at YouTube has since been removed.

June 10, 2009 – Paris’ rep has confirmed the heiress has split up with Doug Reinhardt, ending a four month romance. “In response to inquiries on whether Paris Hilton has split with Doug Reinhardt, we can confirm this is true. They are no longer together,” the rep told UsMagazine.com. “They remain friends and we ask that you please respect their privacy. Paris will not discuss the relationship further.”

4 thoughts on “Paris Hilton Hooks Up With Cristiano Ronaldo”