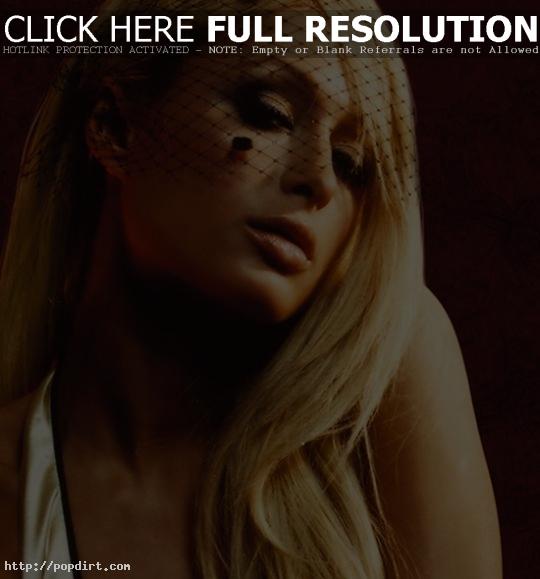 Paris Hilton spoke with The Mirror about her new album, which includes the song ‘Jealousy’, a track many believe is about former best friend and ‘Simple Life’ co-star Nicole Richie. “It’s a song about any girl who has a girlfriend that’s jealous of you,” she said. “It’s about someone being mean and evil. Nicole and I are not enemies, but I can’t be friends with someone who doesn’t want good things for me. I’m the nicest, most loyal person in the world when it comes to my friends. I would really do almost anything to make sure they’re happy. But I only want friends who are there for me just like I’m there for them. Otherwise it’s too painful. I brought Nicole on to ‘The Simple Life’, and all of a sudden she became this different person. She dropped her old friends and she’s someone else.”

June 30, 2006 – Paris dropped by ‘TV Total’ in Cologne, Germany to talk with Stefan Raab about her new single ‘Stars Are Blind’. Paris talked about the cars she owns, the song’s video, her last appearance on a German TV show with Thomas Gottschalk of ‘Wetten, dass..?’, and Stefan performed a “country” version of ‘Stars Are Blind’. In a separate clip, Paris danced with Stefan, talked about the German World Cup team, and participated in a soccer skit. YouTube clips have since been removed.

No Discount For Paris Hilton

June 29, 2006 – Though it was only a bit during a radio interview, Conan O’Brien joked during his Late Night monologue on Wednesday night, “Paris Hilton checked into a Hilton hotel recently and the hotel refused to give her a discounted rate. Her family owns it, didn’t get a discounted rate, yeah. In his defense, the hotel manager says he has to factor in the cost of new sheets, pillows and antibiotics for nine bellhops.”

June 28, 2006 – Paris dropped by Heart 106.2 FM in London to talk with hosts Jamie Theakston and Harriet Scott about her new single ‘Stars Are Blind’. She talked about refusing to just wait for an inheritance, partying with James Blunt, what she looks for in a man, her alleged beef with Lindsay Lohan, owning “over 2,000” pairs of shoes, her many pets, living in hotels, the fourth season of ‘The Simple Life’, the falling out with Nicole Richie, and more. The 3-part interview at heart1062.co.uk has since been removed.

June 28, 2006 – Paris visited Scott Mills’ program on Radio 1 in London on Tuesday (June 27) to promote her new single ‘Stars Are Blind’. Paris talked about getting hounded by paparazzi no matter where she is, she cleared up some rumors, why she decided to launch a music career, who she’d like to work with, Laura from the show doing a Paris impersonation, and more. She also took some questions from 10-year-old fan Lloyd. Audio and a photo at bbc.co.uk has since been removed.

Paris Hilton Hung Over In London

June 27, 2006 – The Sun reports Paris had to quit halfway though a big magazine photoshoot mid-morning on Saturday in London because her hangover was so bad. But the heiress bounced back later, attending the O2 Wireless Festival at Hyde Park, where James Blunt was performing. Read more and check out pictures here.

June 27, 2006 – The TQS French-language television network reports Stephanie Cloutier kicked Colorado Avalanche goalie Jose Theodore out of their Montreal home upon learning of his hook-up with Paris after the MuchMusic Video Awards in Toronto. The full story at theglobeandmail.com requires a subscription.