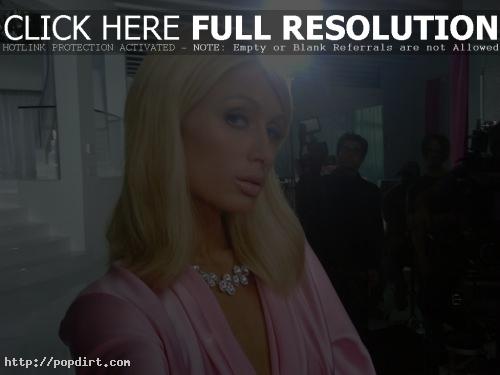 Paris Hilton checked in with fans on her Twitter (@ParisHilton) while shooting a commercial. The heiress got some product placement in the ad, using her hair extension line on the set. She writes:

Me on Set now Shooting my commercial for “The Ultimate Brush”

Still on set shooting my hair commercial. Been a long day, so exhausted!

On Set – Dreamcatchers Rock! Best Hair extensions in the world!

Finally finished my commercial :) The commercial turned out perfect and I’m so excited for it to come out :)

Paris Hilton Slams Report She Was Kicked Off Yacht

May 25, 2009 – Paris checked in with her MySpace friends (@parishilton) earlier today, reacting to a story in The Mirror that she and boyfriend Doug Reinhardt were kicked off a yacht by David Furnish at Cannes because they were about to go below deck to have some private time. The heiress writes:

That story some tabloid ran about my boyfriend and I on a yacht is such a lie that it’s a joke! That was my good friends boat and first of all she would never ask me to leave and second of all I would never do that. It’s so lame that people will just create these crazy stories. I can’t believe the stories people will make up, so gross! I’m so sick of all these false rumors, it’s not fair that writers can get away it. They have no credibility. Hope everyone’s having a fun and safe Memorial Day! love Paris

One thought on “Paris Hilton Shoots The Ultimate Brush Commercial”