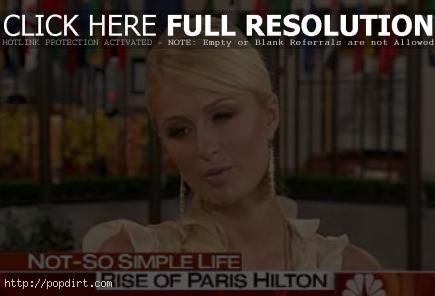 ‘Today’ co-host Ann Curry talked with Paris Hilton, where the heiress discussed her many projects, her debut album, dealing with the tabloids, staying single for a year, if she’s a good role model, and getting misquoted about the “blonde icon” remark. Video of the segment, aired Thursday (August 17), at Bing.com has since been removed.

August 17, 2006 – Paris was on the phone with Chet Buchanan & the Morning Zoo on KLUC in Las Vegas to promote her debut album. Hilton played tap out and was asked the first thing she touches in the morning, the last time he was “Mel Gibson drunk”, her most annoying celebrity, what she was doing last night at 7:38 PM, and if she had to go gay to save the world, who would she go gay with. Hilton then talked about her big CD party on the Strip, where she promised to bring her hottest girlfriends for a crowd expected to be 20,000 people. Audio at Kluc.com has since been removed.