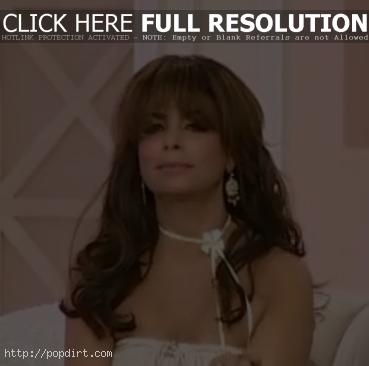 Paula Abdul About To Get Las Vegas Show

September 2, 2009 – Former ‘American Idol’ judge Paula Abdul confirmed to ‘Access Hollywood’ the rumors she is about to get her own show in Las Vegas. “That will be more… really announced later, when everything’s worked (out),” Abdul told Shaun Robinson. “It’s going to happen, but the details have yet to be ironed out.”

Abdul also revealed that in the midst of her life changing career transition – her mother was stricken ill with pneumonia. Calling mom in the hospital was Simon Cowell, and she told Mr. Nasty, “I’m fine.” Paula said, “The Abduls are survivors.”

Watch the interview via AccessHollywood.com below the cut.

August 25, 2009 – Kimberley Locke caught up with Hollywire and discussed why she thinks Paula Abdul is not finished with ‘American Idol’ just yet. “I just think that it’s a little pre-season drama,” Locke explained. “I think there is some real drama, but I think that at the end of the day, Paula is valuable to the show and she is necessary, and I don’t think they’re going to realize that until they do a show without her.”

She also discussed recording new material with Randy Jackson for an album she hoped to release early 2010 and the reality show she’s signed on to host called ‘Making the Curve’. Watch the brief interview below.

August 14, 2009 – Paula Abdul told followers about a not to pleasant experience with the paparazzi moments ago on her Twitter (@PaulaAbdul). Pictures of the incident at bauergriffinonline.com have since been removed. The former ‘American Idol’ judge writes:

Lunch today was paparazzi madness but it didn’t end there – they followed me 2 my chiropractor appt and was bombarded in the parking lot!

Correction – I was accosted in an underground parking lot with my chiropractor running interference!

And it didn’t end there! Thank god for my friend officer Mike who stopped traffic to assist in the great escape