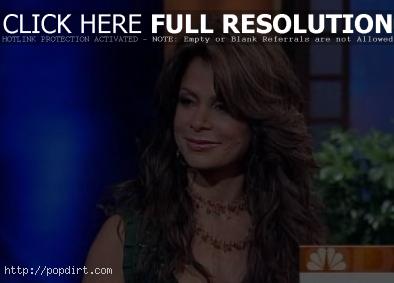 ‘Today’ host Katie Couric talked with Paula Abdul about the season finale of ‘American Idol’. Abdul discussed the success of the show, one of her favorites Elliott Yamin being voted off, dancing with Taylor Hicks a la Courtney Cox on ‘Dancing In The Dark’, and her jewelry line. Video of the interview at Bing.com has since been removed.

May 19, 2006 – Those watching ‘Access Hollywood’ on Wednesday thought Billy Bush had offered a spoiler, especially for west coast viewers who watch the show on tape delay, when he said, “I’m afraid Elliott [Yamin] is gone tonight. It is shocking.” Bush offered an apology and wrote on his blog Thursday: “Which in hindsight, I can now see how that might have made it appear that I was giving away ‘Idol’ results – that is, had I actually known them. I didn’t. And I certainly didn’t mean to ruin the excitement of watching the show live.” While not explaining the remark, ‘Access’ had segments on Katharine McPhee and Taylor Hicks, but nothing about Elliott, so Bush probably meant he was “gone” from the ‘Access’ broadcast.

Carrie Underwood On The ‘Idol’ Finalists 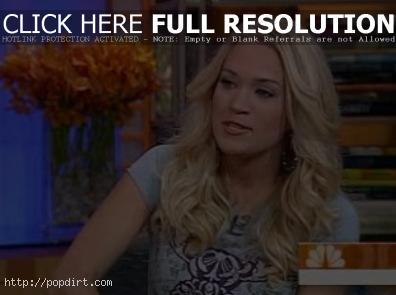 May 18, 2006 – ‘Today’ host Katie Couric talked with Carrie Underwood, winner of last year’s ‘American Idol’, about what this year’s two finalists must be thinking. Underwood wouldn’t say if she thought Taylor Hicks or Katharine McPhee would win, but she will be there to “pass the torch.” Video of the segment at Bing.com has since been removed.

May 11, 2006 – Jay Leno joked during his Tonight Show monologue on Tuesday night, “More problems for congressman Patrick Kennedy after the car accident the other night. According to police reports, he acted disoriented and his speech was slurred. Today, he was charged with impersonating Paula Abdul.”

May 10, 2006 – Ousted ‘American Idol’ Paris Bennett was on Mark and Mercedes in the Morning on MIX 94.1 FM in Las Vegas on Monday (May 8). Paris talked about her visit to Vegas to work with Barry Manilow, why she thought she was voted off, how she got along with the other finalists, Ryan Seacrest being a diva, celebrity fans she met, what’s next for her, and what’s in Paula Abdul’s Coke glass. mix941.fm has since removed the audio.

May 10, 2006 – ‘American Idol’ judge Paula Abdul was videotaped at Melrose Place. When asked if she will be working on any movies soon she says to just wait and see. Before leaving in a white X5, Abdul promised to one day learn all of the photographers names. In a separate clip, Abdul is shown talking to fans outside the Hollywood and Highland complex. Footage of both at the splash-video.com needs an account and TMZ.com has since been removed.

«Britney Spears’ ‘Remembrance Of Who I Am’
Yawn… Predictable Christina Aguilera»