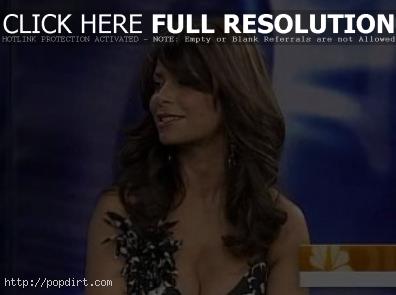 ‘Today’ show host Matt Lauer talked with Paula Abdul about this season’s ‘American Idol’, and holds their own ‘Idol’ contest.

The segment at Bing.com has since been removed.

January 25, 2006 – ‘Extra’ recently spotted ‘American Idol’ judge Paula Abdul with Dante Spencer, a 6-foot-2-inch model who is 13 years her junior. But Abdul wouldn’t reveal if she’s found true love. “I do believe you can find someone that is a really great companion and a soul mate,” she said.

January 19, 2006 – On the same day that almost 39 million viewers tuned in to ‘American Idol’, Paula Abdul was missing-in-action for the Fox TCA press tour and party. Reps blamed an “eye infection,” and the singer turned judge spoke with ‘Access Hollywood’ on Wednesday to explain her absence. “I had a staph infection, you know what, do I have my drops here?” Paula asked. And Paula then showed host Billy Bush her eyedrops as proof.

January 11, 2006 – ‘Entertainment Tonight’ spoke with Paula Abdul about season five of ‘American Idol’, which premieres Tuesday (January 17) on FOX. “There are some that are just beyond bizarre,” Paula tells Mary Hart. “You just got to love them. Sometimes I think [the bad auditions] is Simon’s favorite part. He loves it, because he loves the hysterics of the bad ones. I laugh, but then I can’t wait to get down to the competition.”

«Ricky Martin’s ‘Hyper-Pop’ Stuck In ’90s
Why Is Madonna Going To The Grammys This Year?»