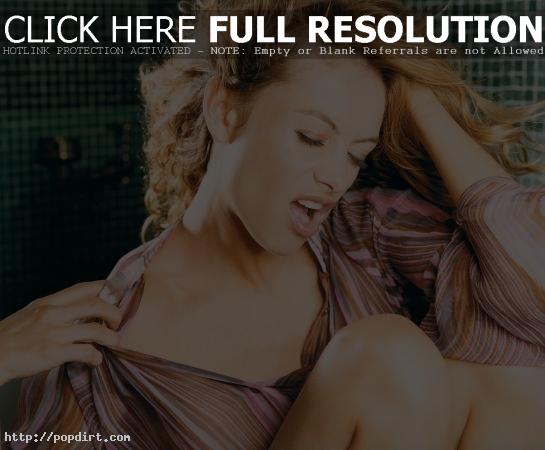 Paulina Rubio has already been #1 in 20 mostly Spanish speaking countries and conquered the Latin music audience and now she is ready to conquer the rest of the world! According to her official website PaulinaRubio.com she will make her very first appearance on The Tonight Show with Jay Leno on June 18th, to sing her debut English single, ‘Don’t Say Goodbye.’ The video is expected to receive airplay on MTV in the upcoming weeks to coincide with her cd release, ‘Border Girl,’ in June.

April 24, 2002 – Paulina Rubio was on KIIS FM with Rick Dees again last Friday to help kick off this year’s Wango Tango (on June 15th in LA) concert lineup announcement – where she’ll be on the lineup. Paulina talked about performing for so many people, growing up, insisting that just because she’s good looking that she’s not stupid (her IQ is 183), and how she loves to have great conversation. Audio has since been removed.

March 29, 2002 – Despite not having much of a presence in the U.S. market, searches for Mexican pop star Paulina Rubio were relatively strong on pay-per search engine Overture.com during the month of February. As her new single ‘Don’t Say Goodbye’ starts getting more radio airplay ahead of her crossover debut album ‘Border Girl’ comes out June 18, look for those numbers to continue to surge. For February, 25,627 people searched for ‘Paulina Rubio’ and like her sexy U.S. pop counterparts, most had the focus on finding nude pictures of singer. The most searched Rubio song was ‘Sexi Dance’, with 50 queries.

March 29, 2002 – Having already made herself a huge hit in Latin America, Paulina Rubio has now hitting the U.S. market and she spoke with Rick Dees to introduce herself. Paulina talked about the camera crews that follow her around, a special conversation with her big crush, Lenny Kravitz, and her big hit ‘Don’t Say Goodbye’.