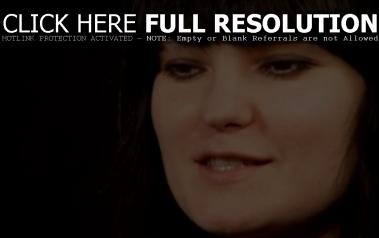 Persephone’s Bees are featured in a performance and interview for Yahoo! Music. During the interview, Angelina Moysov, joined by Paul Bertolino, talked about music in Russia not being accessible when she was growing up, where the name Persephone’s Bees came up from and what she thought about the group being called a pop band.

On the music scene growing up in Russia, Angelina said, “When I was growing up, music wasn’t really accessible in Russia. Someone would always smuggle it into the country and somebody would go outside and bring tapes of the Beatles or Deep Purple. As a teenager, the Russian underground music became very very big. The bands that we living by, was our bible kind of like Bob Dylan to an American generation, was Aquarium, the other band was called Kino. Another band was called Zoopark. Those were really big.”

On the origin of Persephone’s Bees, she said, “Persephone’s Bees was kind of like long and curvy. Kind of hard to remember, hard to pronounce. So I really liked that combination and it really felt right for the band.”

Asked if she was comfortable being called a pop band, Angelina said, “In my opinion, the word pop has acquired a really bad rep, because somehow it got attached to lots of bad music, let’s put it that way. However, the word pop as much as I understand English means popular, and all of my favorite bands, whether they were rock bands or pop bands or whatever, jazz bands, they were popular bands, so Persephone’s Bees is not entirely a pop band, it’s a combination of everything. One show we can be a touch of Fleetwood Mac, another show we could be a touch of Sparks, or we could be a touch of Queen, or Pretenders, or Blondie. I think our music is pretty free. We don’t attach ourselves to a genre. I guess you can call it pop to sum it up.”

Video of the interview and performance of ‘Nice Day’ at Yahoo.com has since been removed.