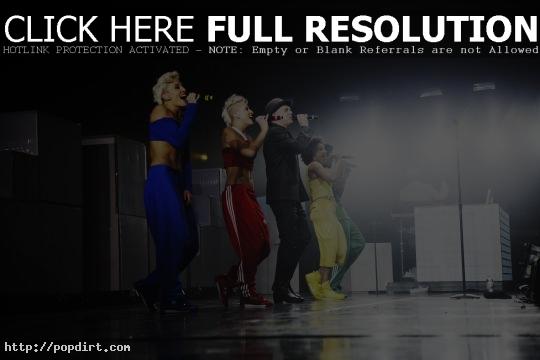 Neil Tennant and Chris Lowe of Pet Shop Boys chatted with t5m.com’s Guy Pratt backstage at The BRIT Awards 2009 about co-writing the Girls Aloud single ‘The Promise’, which won Best British Single. They also talked about pop music being “in a very good place at the moment”, citing Lady Gaga, The Killers and Girls Aloud.

“It was great,” Neil Tennant said about working with Xenomania on ‘Yes’. “We wrote some very sort of odd pop songs. We just thought Xenomania were the best pop producers in the country if not the world at the moment. Also they do the electropop thing, like we were meant to do, so we went and met them, met Brian Higgins. It was such a lot of fun making it. We wrote Girls Aloud last single in the process, with Xenomania, co-write. So it’s been really good.”

Watch the brief interview below the cut.