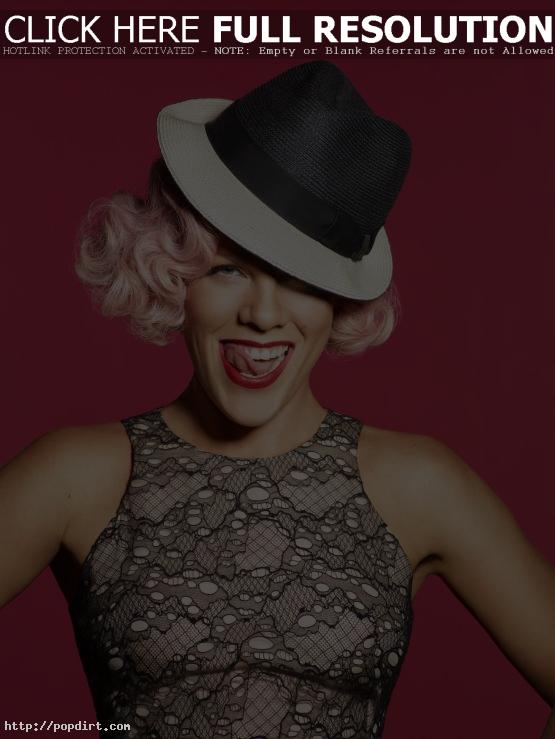 Pink was in the studio with Cubby Bryant and Cindy Vero of KTU in New York City a few weeks ago promoting her new single ‘Blow Me (One Last Kiss)’. The pop star talked about her daughter Willow, how motherhood has changed her, if being a mom has changed her songwriting, the ‘Greatest Hits… So Far!!!’ album, ’50 Shades of Grey’ and more.

She’s amazing. She’s the best baby that was every born in the history of the planet. I’m going to eat her. Everything I say is inappropriate. I’m afraid of going any further than that.

How motherhood has changed her:

It’s just made me better. It’s a total cliche and you really don’t get it until you have them, but oh my goodness, it’s just made my heart bigger and heavier. It’s like you wake up every morning and get hit by the worry train.

On the impact of being a mom with her songwriting:

I’m more thoughtful. I think. Who knows. Only in my head. I don’t know that it has. There’s no lullabies. I feel the best ones have already been written. I think the record is more fun because I’m having more fun. I wake up and shower for tushy wash and dance and sing weird songs, so my record is happy and dancy and rock n’ roll.

On having a greatest hits album out:

I was so trying to avoid it. You know that dates me. The record company, I had been holding them off for about 5 or 6 years, and they were going to do it without me, and I figured it would be better if they did it with me. We did it and it ended up being perfect, because I wanted to get knocked up. It was perfect timing.

You know I had to see what all the hype is about, and I have read it. It does give you some ideas, but the writing is a little juvenile. I mean no it’s like, ‘Oh my god, his tongue is down there, holy fu**!’ Come on, can we use a bigger word once?

Watch the interview via ktu.com below.