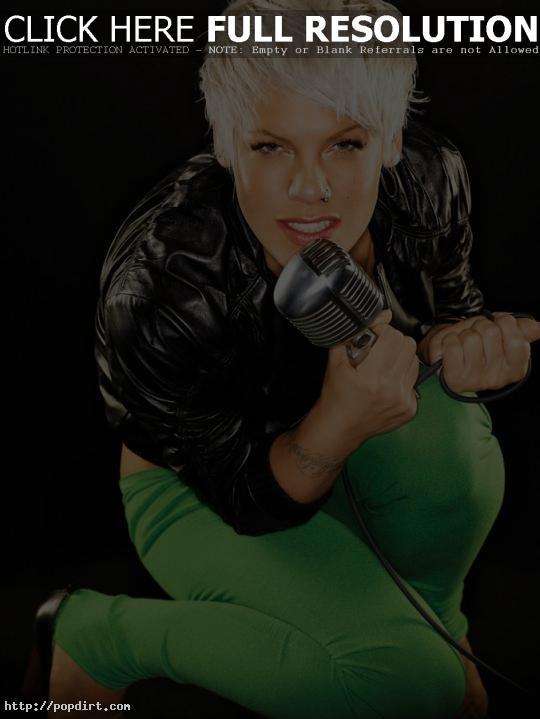 In an interview with ‘Access Hollywood’, Pink took aim at everything from the starlet seeking paparazzi to the horrendous treatment of horses in New York City’s horse-drawn carriages.

“I can’t imagine having to screw up in front of the world,” Pink said. “I screwed up in front of my family. I got kicked out of my house at 15. I’m a high school drop-out. I went through that. I got to learn my mistakes for myself. I didn’t have a reporter trying to teach me my lessons.”

As for her 2006 single ‘Stupid Girls’, which poked fun at Britney Spears, Paris Hilton and Lindsay Lohan, Pink said, “Before it was silly, how stupid everyone was. Now it’s just kind of sad and dark. It’s just all gone to a totally different place.” Watch the segment below the fold.

January 16, 2008 – Why is Harvard University honoring Paris? ‘Fox & Friends’ discussed the news that the heiress has been given the Hastiest Pudding of the Lampoon title given by the university’s comedy magazine. The 26-year-old will visit Harvard on February 6th to accept her award. The segment at Foxnews.com has since been removed.

January 14, 2008 – An internal memorandum from The Associated Press’ Los Angeles bureau urged their staff to place a greater emphasis on covering troubled pop tart Britney Spears. “Now and for the foreseeable future, virtually everything involving Britney is a big deal,” wrote Los Angeles assistant bureau chief Frank Baker on Tuesday. Baker cautioned that not every rumor about the 26-year-old should be published, but he wrote that “we want to pay attention to what others are reporting and seek to confirm those stories that WE feel warrant the wire. And when we determine that we’ll write something, we must expedite it.”

Lou Ferrara, the managing editor for sports, entertainment and multimedia, defended the memo in an interview with the New York Times. “If you’re an editor in L.A. and Britney Spears is in your backyard,” he said, “you want to know everything about that story.” As for the memo’s specific emphasis on Spears, Ferrara added, “You can exchange Britney’s name with writers’ strike, with Paris Hilton, with the Dennis Quaid hospital problems. You can name any story – we can do a better job in breaking entertainment news.”

Paris Hilton Is Lovin’ The Lesbians On ‘The L Word’

January 13, 2008 – Paris Hilton parties with the cast of ‘The L Word’, and Showtime caught up with the heiress. “I love ‘The L Word’,” Hilton said. “I just think it’s a sexy show. All the girls in it are hot.” She added, “All my friends watch it. I just bought every single DVD on set. It’s just a hot show. I love it, and I hope you guys go on for season after season after season.” Watch the clip via YouTube below.