Pink Talks About Tattoos & A Ghostly Encounter In Turkey 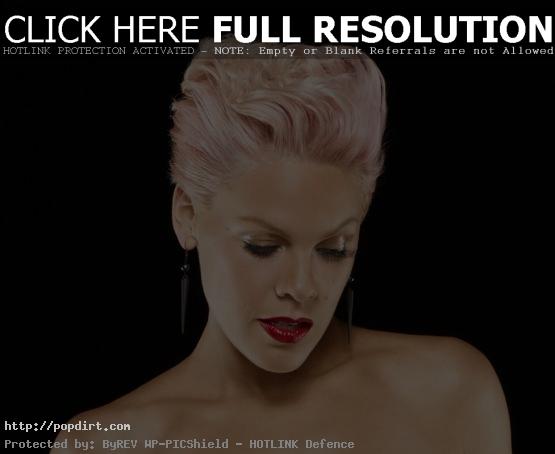 JoJo hosted Pink at the KIIS FM studios in Los Angeles last week. The pop singer talked about her new album ‘The Truth About Love’, coming out September 18th, the new single ‘Blow Me (One Last Kiss)’ causing difficulty with radio, missing a chance to perform for President Obama, how tattoos are addicting, what the new album is all about and an encounter with what she believes is a ghost at a hospital turned hotel in Turkey.

On the new album:

The album is, well I don’t know how to sell myself without sounding really arrogant and stupid, but it’s my favorite album I’ve ever made. I just think the production is elevated. The songwriting is better. It’s just so fun and I just love it.

On the bleeping of her new single:

I’ve been going to radio this week and everyone’s got memos going on that we can’t pause in between. I was like wow, I forget, I’m in this bubble where everything goes, then I realize there’s a whole world out there… full of Republicans. Crazy people.

On missing a chance to perform for President Obama:

On tattoos being addicting:

Because they’re pretty. I am getting one removed (behind my ear). Most drunk decisions you can’t take back. I’m exercising my right.

On what is ‘The Truth About Love’:

I always wait until I get that one song before I realize it’s not an experiment anymore and I’m actually making an album. That was the song. I realize that’s sort of a theme with me. Everyone thinks it’s a breakup song, but it’s so much more than that. There’s a lot of really fun surprise collaborations. I haven’t really done that before.

On “almost getting my butt kicked in Turkey” by a ghost:

It’s a long story. I was put in this room. It used to be a hospital. I didn’t know this at the time. I went to bed, I turned all the lights out. I woke up in the middle of the night and the lights were on and there was a pile of dead bugs in the middle of my bed. Like piled on top of each other. Your mind can make anything logical, so I’m like cool, brush off the bugs and I had a glass of wine on my night table, and I woke up to go to the bathroom and right where I was going to put my feet down my wine glass was broken. But if you hit your wineglass off your nightstand in the middle of the night, it will probably break into a couple of pieces. The stem will be in tact because it’s really hard to break. Literally there was not a piece of glass left. It was like someone came in with boots on and stomped it into the rug, right where I was going to put my feet down. I didn’t hear anything so that’s where this is starting to get uncomfortable. I have to get up at 8 am and go to the gym and go to soundcheck, and I don’t have time for this. I’m going to go back to bed and forget this ever happened. I wake up and it’s like I had been hit by lightning. The pillows were lying off the bed and it felt like somebody slapped me across the face. I called the reception and said you have to get me out of here now. They’re like right away and didn’t ask any questions. Bellman was there in two minutes, and they put me in another room. Tell me why they didn’t ask any questions? Because they’re used to it.