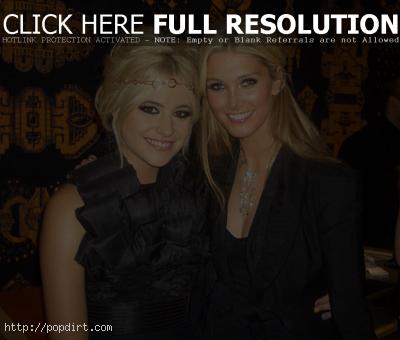 Pixie Lott checked in with fans on her MySpace (@pixiesongs) after attending the 125th anniversary of Bulgari on August 12th in Sydney, Australia. The ‘Mama Do’ singer writes:

Hey guys, a little pic of me and Delta Goodrem living it up at the Bulgari party in Sydney… unfortunately I had to give the diamonds back :-(