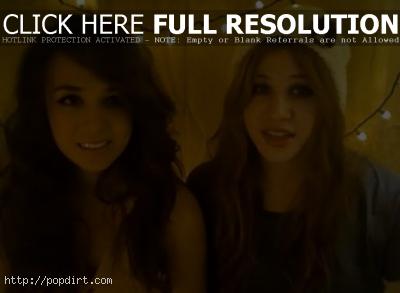 Poema checked in with fans on their YouTube channel urging them to vote for their new single ‘2 AM’ on mtvU’s The Freshman of the week, which concludes on Friday. If they win, the song will be put in the network’s automatic rotation six weeks. They promised to put another music video up at the end of the week if they vote and they wished everyone a happy Thanksgiving.

“Seriously, we’re asking you from the bottom of our heart,” Elle said. “It would mean so much to us. It would really mean a lot if you guys voted for us. Who knows, one thing will lead to another and next thing you know…”

«Happy Thanksgiving 2010 Twitter Messages
Tino Coury ‘Up Against The Wall’»