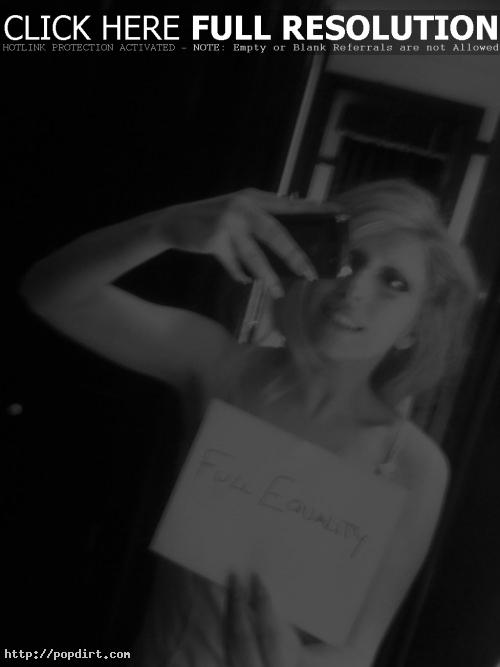 Some pop artists are reacting to news that the U.S. Senate passed a repeal of “Don’t ask, don’t tell” earlier today in a 65-31 vote. The policy restricts the U.S. military from efforts to discover or reveal closeted gay, lesbian, and bisexual servicemembers or applicants, while barring those who are openly gay, lesbian, or bisexual from military service. President Obama is expected to sign the measure into law next week. Lady Gaga, who was urging her 7 million followers to contact Senate Majority Leader Harry Reid and other senators got a Tweet from Reid after the repeal was passed.

Senator Harry Reid (@SenatorReid): @ladygaga We did it! #DADT is a thing of the past.

Lady Gaga (@ladygaga): Can’t hold back the tears+pride. We did it!i Our voice was heard + today the Senate REPEALED DADT. A triumph for equality after 17 YEARS. Today I am so proud to be American. I wish I was home so I could throw a Parade. We are on the way…to full equality.

Lauren Pritchard (@GrlCalledLauren): “Don’t ask, Don’t tell” is forever gone! Thank goodness for that!! No American has to lie anymore!!!!!

«Jesse McCartney: ‘Have It All’ Is Not A Disney Record
autoKratz ‘Opposite of Love’ Video»