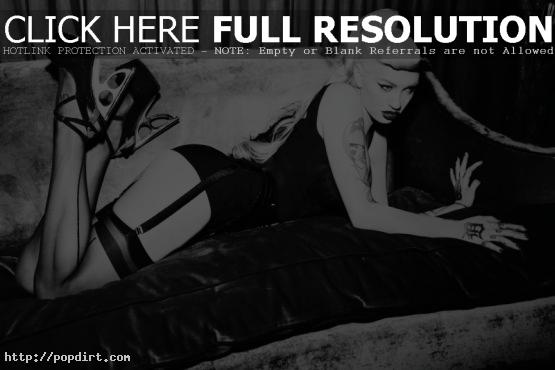 Porcelain Black paid a visit to Clevver TV this week for an interview about her year has went and what’s to come. In the clip, Porcelain discussed her collaboration with Lil Wayne on her track ‘This is What Rock N Roll Looks Like’, the new single ‘Naughty Naughty’, her role in upcoming film Rock of Ages with Russell Brand and Tom Cruise, and what to expect from her debut album. “The album’s all over the place, we talk about so many different things, so I can’t say, ‘Oh, it’s gonna be a party record or it’s gonna be this kind of record. Every song I write has a different message,” Porcelain said about the LP.

Porcelain is wrapping up 2011 with a surprising highlight, having the aforementioned Lil Wayne collab featured on a new episode of ‘Beavis and Butt-Head’ (look for the video and the cartoon duo’s commentary at the 8 minute mark below). “I was OBSESSED with them when I was growing up,” tweeted Porcelain, “MTV ROCKS!”