Pussycat Dolls ‘I Hate This Part’ Video Making Of 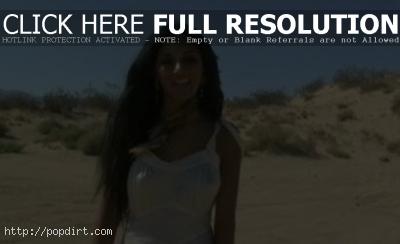 Pussycat Dolls posted footage from the set of their ‘I Hate This Part’ music video in the desert. During shooting, Melody Thornton was presented with a cake in celebration of her 24th birthday on September 28th.

“What’s up everybody,” Nicole Scherzinger says introducing the video. It’s Nicole here and today you are on the shoot of our new video ‘I Hate This Part’. We’re gonna show all different emotional sides to this song when we’re making this video. It’s probably one of the closer songs to me on the album.

Ashley Roberts added, “We’re here in the desert, which kind of reminds me of back home in Phoenix, AZ. I think it’s gonna be beautiful video again with Joseph Kahn who makes us look gorgeous.”

At the end of the footage, Nicole said, “It’s one of my favorite songs on the album, hopefully you’ll get to see why when see the video.”

The footage at pcdmusic.com has since been removed.