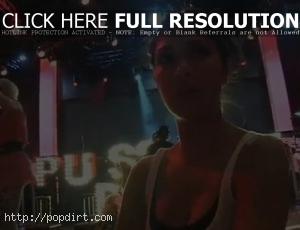 The latest episode of PCD TV features the Pussycat Dolls preparing and rehearsing for their performance at the MTV Movie Awards last month.

“It’s the morning before the big day,” Nicole Scherzinger said at rehearsal. “MTV Movie Awards 2008, tomorrow. About to get it poppin’. This is the day my brain starts tweaking. I have to be in show mode and I’m just trying to picture everything and piece it all together in my mind. This is the first time we’re seeing the stage. I’m just kind of feeling everything out for the first time and getting an idea in my mind of the performance.”

“I’m still sick,” singer Nicole said after the rehearsal. “Hopefully I’ll be brand new for tomorrow, I’ll sleep like 8 hours. Say a little prayer for me.”