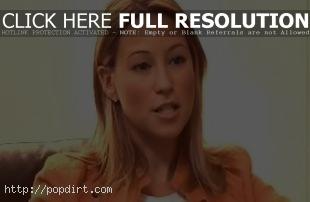 Rachel Stevens and bad boy actor Stephen Dorff were videotaped grabbing some food at trendy Greek restaurant Taverna Tony’s in Malibu, California on Sunday. The former S Club star, who was looking tanned, arrived driving Stephen in her trendy black turbo Mini Cooper and drove around the block as he ran in to get their takeaway order. Rachel, who was photographed cavorting with Stephen on the beach last weekend outside his Malibu beach house was, cagey when asked about the state of their relationship where as Stephen was more forthcoming saying, “We are just friends,” the same line he used with journalists when he was trying to cover up his relationship with Pamela Anderson. On Stephen’s arrival back with the food, they took off smiling and giggling for the short drive back to Stephen’s Malibu beach house. Footage at splash-video.com requires an account.

August 4, 2006 – Neil Sean of Sky News reports Rachel is being offered big bucks to appear on ‘I’m A Celebrity… Get Me Out Of Here!’ in November. “She’s worth a mint and we think she is ratings gold,” a spy on the show revealed. No details from Stevens, but she said, “I do love a good reality TV show and I know they can help a career.”

Rachel Stevens Is A Life Saver

July 1, 2006 – The Sun reports Rachel saved the life of John Duncan thanks to her testicular cancer advertisement, in which warned men to check their privates for cancer using a plum. The night the 28-year-old English teacher from Aberdeen watched the video which had been e-mailed to him by a pal, he found a lump on his left side.