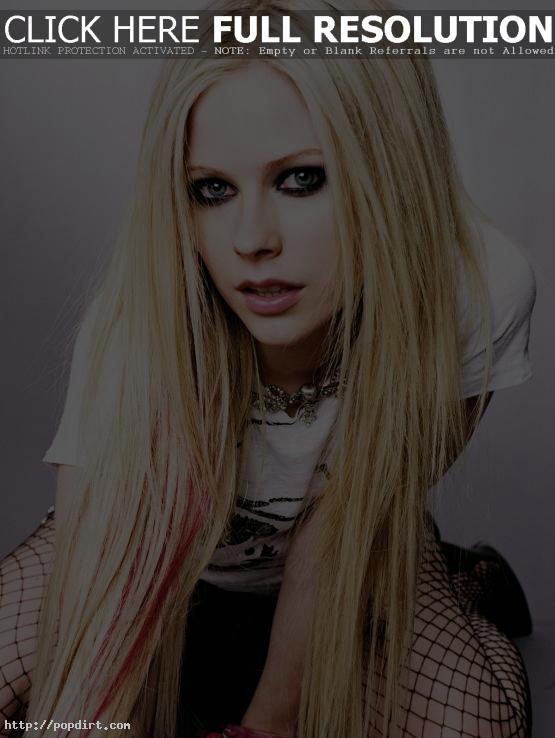 Despite rumors making the rounds that Avril Lavigne is expecting her first child with Sum 41 husband Deryck Whibley, a rep for the Canadian singer is shooting down an exclusive by Canadian radio host Zack Taylor. A label rep said the claim was “not true”, but Us stressed it doesn’t mean the pop punk princess doesn’t want kids, since she has said she wants children “somewhere down the road.”

In response to the denial, Taylor wrote on his blog at Isthishappening.com that his site “stands by our sources claim that Avril Lavigne is indeed a month and half pregnant… If you remember Nicole Kidman and others have denied claims at the start of their pregnancies… it’s not like she’s going to announce it in case there are problems at the beginning.”

January 10, 2008 – Avril and husband Deryck Whibley rang in the new year at club Prive in Las Vegas with Lil’ Jon DJing the party. The pop punk princess told Artisan News Service about her plans for the new year. “My new year’s resolution is just to work really hard because I’m about to kick off my world tour,” she said. “And to be healthy and to be a good person and just to expand creatively, with things like – I’m gonna do a clothing line and hope to do a fragrance, and just grow, you know. Do lots and keep it going.”

As for the Vegas new year’s scene, she said, “Well, I love Vegas, and I’ve never actually spent New Year’s here before. I’m super excited to be here. Prive invited me to come, and I’m very excited about the club. Brand new, top of the notch, it’s like totally the place to be and it’s gonna be a lot of fun so I brought all my friends. I have about ten of my friends with me and we’re gonna party our butts off.” Watch the interview at YouTube.