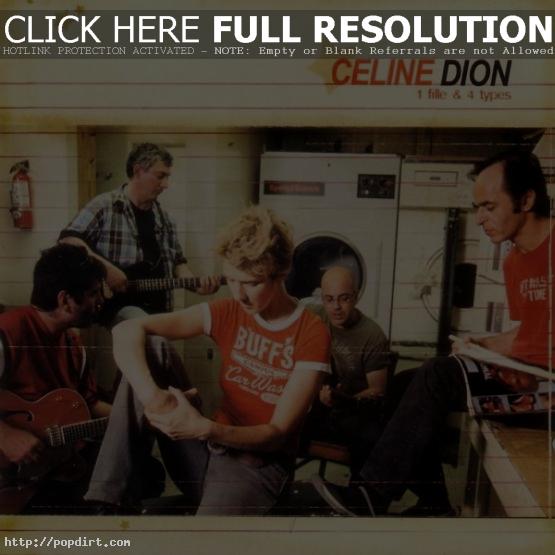 Contributed by Madfan:
Two CDs are constantly playing in my CD player at the moment for the past couple of weeks: Celine Dion’s “1 fille & 4 types” and Mandy Moore’s “Coverage.”

“1 fille & 4 types” is Celine’s first all-French CD in five years. Now I don’t understand a word of French, but the songs in this CD just speak to one’s heart. Celine, as we all know, is a fantastic singer/vocalist, but she does annoy some people with her English songs. They should hear Celine sing in her native tongue: it’s simply hypnotic and you know that it’s truly heartfelt. Don’t expect the usual “My Heart Will Go On”-type ballads in “1 fille & 4 types” though. Accompanied by top 4 French-Canadian artists – Jacques Veneruso, Erick Benzi, master guitarist Gildas Arzel and superstar Jean-Jacques Goldman – Celine’s latest offering is guitar-driven and has a grungy and alternative rock feel to it (beginning with its cover art). There’s no dull moment in this CD, no fillers – each song is beautiful, well-crafted and produced.

Lesson: Artists like Celine Dion are respected and continue to sell. They also have a solid fan base. Unlike other aging and fading (or faded) divas like Madonna and Mariah Carey, Celine Dion remains at the top of her game because she concentrates on giving her admirers quality and good music. She does not compromise her integrity as an artist by yielding to what’s in with the younger generation and trying genres that doesn’t suit her. In this way, she has attained and maintained the respect of all demographic.

“Coverage,” on the other hand, as we all know, is Mandy Moore’s album of remakes. like Dion’s latest CD, this album, from it’s artwork (which is reminiscent of those old LPs from the 70s) to each of the songs, is simply beautiful and well-made. Mandy Moore’s voice is also nice to hear: it’s beautiful and soothing to the ears. She’s no Christina Aguilera on the vocal gymnastics side, but she can sing – and beautifully at that. Like Celine’s CD, this album has no fillers – all the songs are great, though her versions of “Mona Lisas And Mad Hatters,” “Drop The Pilot,” and “Breaking Us In Two” really stand out. Mandy continues to amaze and impress us.

Lesson: Mandy Moore, like Christina Aguilera, started out as a blonde Britney Spears wanna-be in the late 90s. Thanks to wise career moves and image make-over, Mandy has distanced herself from the Spears-type persona and “music.” Thanks to her remaining clean, wholesome and respectable, everybody loves Mandy Moore. It’s kinda sad though that a former wanna-be has surpassed the one she used to copy in popularity. That’s because the former wanna be has chosen to mature by exploring the ways in which she could develop as a good musician and actress. Her former idol, on the other hand, seems to be more interested in exploring lesbianism and how to make bad music.

October 24, 2003 – Mandy Moore posted a message of thanks to members of her official forum following the release of ‘Coverage’. Moore writes, “Guys, once again, thank you for your support. It’s amazing to hear the response the album is getting. your messages mean so much to me… as this album has been my passion. Thank you, thank you, thank you for just listening to the music.”