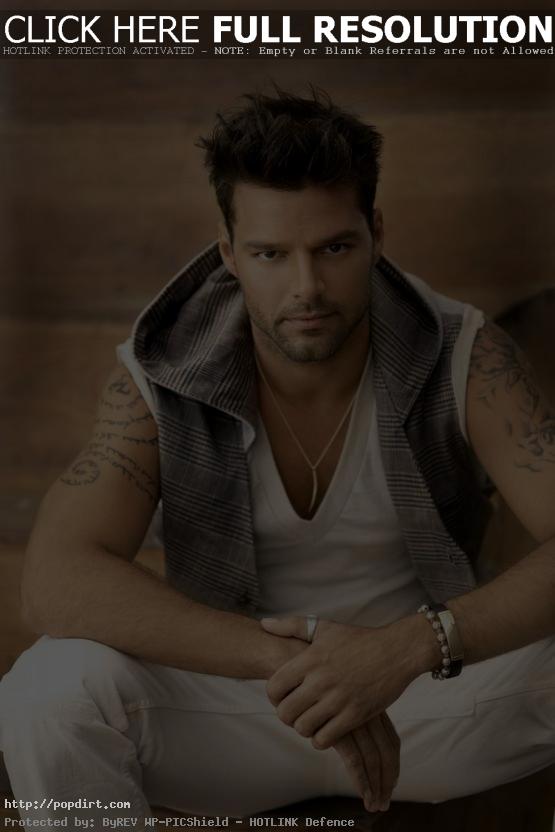 Maria of the Steve & Maria show on WBLI of Long Island was on hand for Ricky Martin’s ‘Life’ album release party ahead of its October 11th release at Pizza Bar in New York City the other night. Martin talked about his extended downtime, his Spanish release two years ago, the collaborations on the disc, the first single ‘I Don’t Care’, his tattoos, the charity work he’s done related to the tsunami and Hurricane Katrina, and more.

Pictures and the two-part interview audio at wbli.com has since been removed.

Ricky Martin posted a message to fans at his fan club RickyMartinMusic.com in relation to Hurricane Katrina. Martin writes, “To witness thousands of nameless persons in despair is overwhelming. Mother Nature’s power makes us feel helpless, at first. But it also reminds us that in times of hardships, unity amongst nationalities is the means, the vehicle to give hope. Perhaps, I seem like an idealist to many but I believe in alliances. On August 29, Katrina’s rage left thousands homeless, killed hundreds, and displaced countless children. As I watched the images, I relived the devastation in Asia after the tsunami. Undoubtedly, in every natural disaster children are always the most vulnerable survivors. To deny them help is unacceptable. Organizing the agenda to visit Houston was strenuous, yet possible. We made it happen. Now it’s time to lend a hand, to the little ones.”