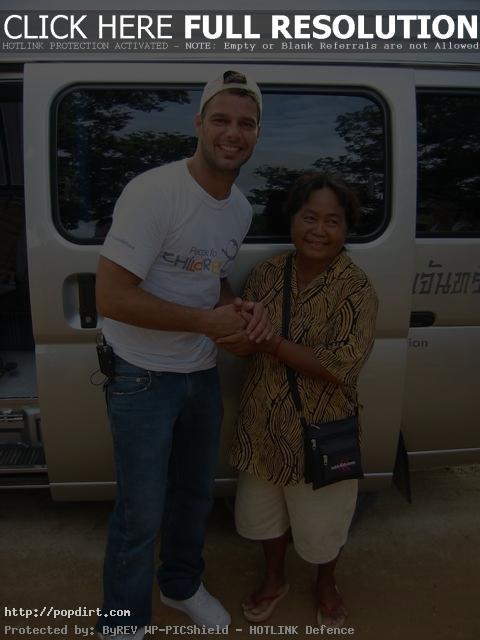 Ricky Martin checked in with his Twitter followers (@ricky_martin) on Monday (February 1) with the following message:

Handing out the key of the 1st house we built in Thailand after the Tsunami. Can’t wait 2 do the same in Haiti

Ricky Martin was on hand for Clive Davis’ 2010 Pre-Grammy Party at the Beverly Hilton Hotel in Beverly Hills, California on Saturday (January 30). The ‘She Bangs’ singer discussed his concern for human trafficking in Haiti given the devastating earthquake that struck the country last month.

“Situations like this, unfortunately, people take advantage and they start traffic human beings,” he told USA Today. “It’s very intense down there, kids crying in the street, corpses everywhere. It’s going to take a while for things to get back to normal.”

«Kristine W ‘The Power of Music’ Video
Katharine McPhee: ‘We Are The World’ Remake The Highlight Of My Career»

2 thoughts on “Ricky Martin Hands Out Key To Thailand Home”